Every year I add a new winter card to the collection – a card that is blank outside but has a wintry illustration that can be used as a Christmas card.  This year’s addition is ‘Bullfinches & Red Berries’.  I decided to draw bullfinches after spending an enchanting 20 minutes watching two males perching precariously on seed heads outside The Bird House window last winter.  They are such a colourful treat to behold – and one seldom seen in our garden – and I was completely captivated.  Pairing their lovely pinkish-red chests with the red rowan berries made for a striking image for my winter card.  I thought it might be nice to write a little bit about these distinctive finches.

Their colourful breasts and pretty whistles have long caught the imagination of humans – the Victorians liked to keep them in cages and have them mimic little tunes.  The male bullfinch is particularly easy to recognise – bright coral-coloured chest, bold black cap and tail, and white rump.  The females have the same black caps but with a duller brown coloured chest.  They both have the same bull-like shape – front-heavy, neck-less, and with a short stumpy beak specially devised for feeding on buds.  In fact, it is this voracious appetite for spring-time buds that got the bullfinches into trouble.  They used to strip fruit trees so effectively that thousands of birds used to be trapped and killed each year in English orchards.

In character, bullfinches are a little less bold than their colouring.  They are quiet birds with an almost sad call note – a soft piping that carries surprisingly far.  These secretive birds live quiet lives at the edges of woodlands, nesting in blackthorn and hawthorn.  They form strong pair bonds and raise two or more broods a year.  Bullfinches are not among nature’s great adventurers.  They are highly sedentary, barely roaming more than a few kilometers during their life times.  I find these pretty, neckless introverts highly likable – they are home-birds, surprisingly shy despite their showy feathers.

Bullfinches have an ‘Amber’ conservation status because of a severe drop in number of breeding pairs since the 1960s.  Things are on the up for the bullfinch, but care still needs to be taken if we are to be graced by their presence in our gardens in the future.

More information can be found via the RSPB and the British Trust for Ornithology.  The original drawing for the Bullfinches & Red Berries card design can be found at the Dancing Light Gallery in West Linton until the 26th of October. 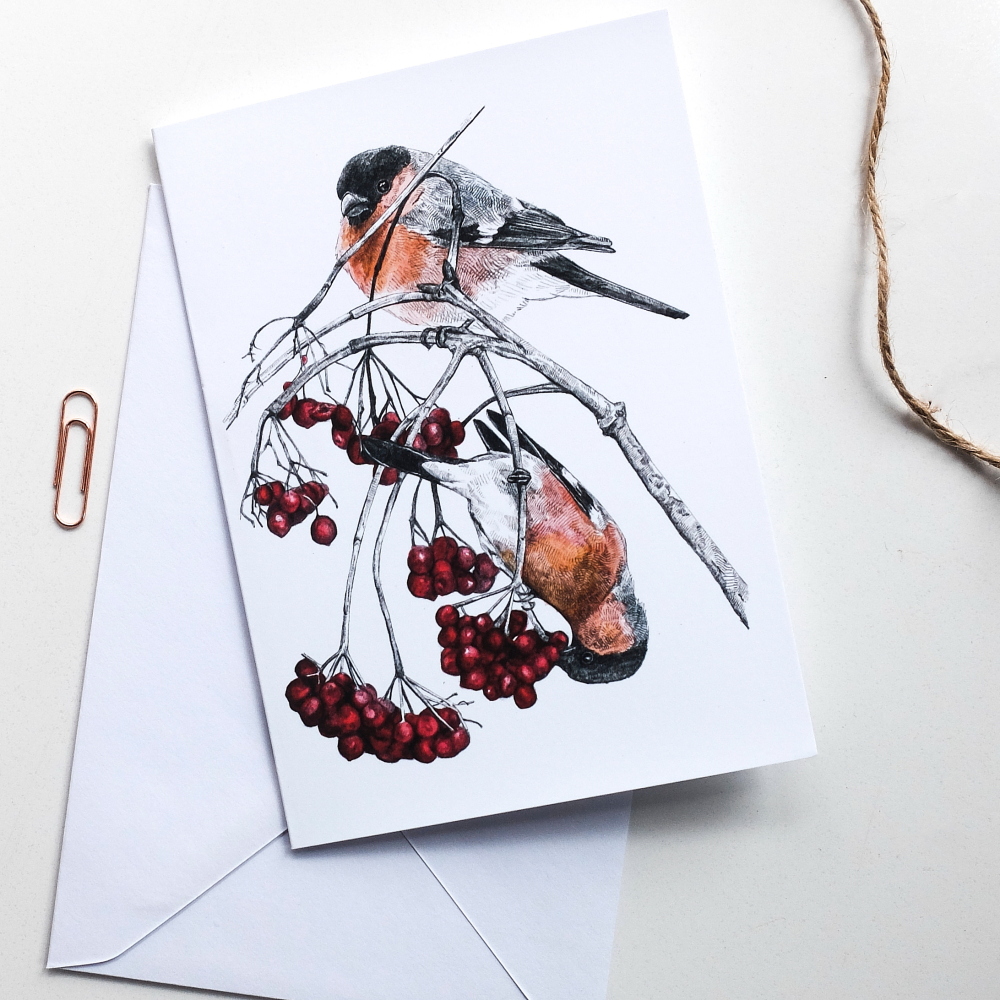 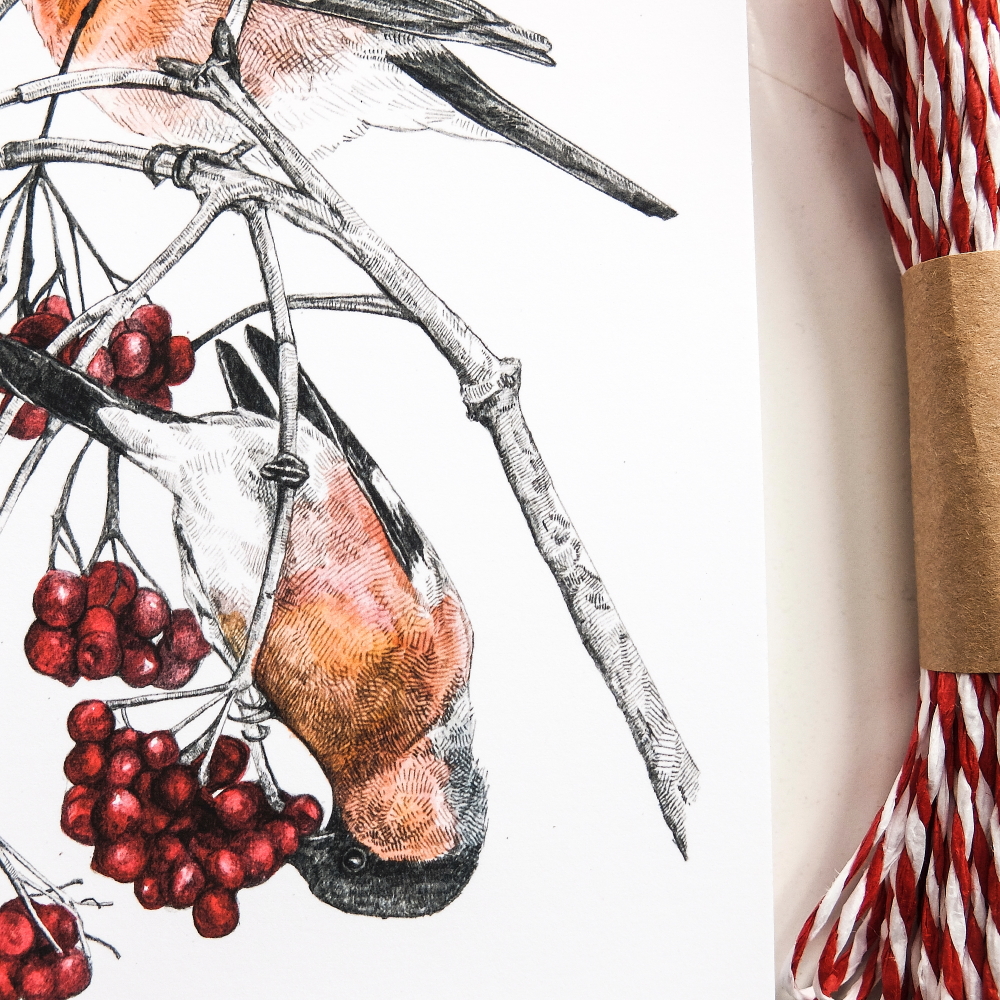