There’s very little more lovely than seeing the delicate imprint of bird tracks dancing across fresh snow in January.  It feels like you have woken up to a new world.  Snow-fall at New Year always seem poignant, like nature is drawing us a blank slate on which to build the year ahead.

A few days before the new year, it snowed heavily in the village.  Buddy & I found a big salmon in a field near the river.  In the snow, there were a variety of footprints leading to and away from the fish.  I could see that there was bird, animal and human prints, but I was disappointed not to have the knowledge to be able to learn more about the culprits.  Therefore, I decided that our January wildlife round-up should include some basic footprint identification as the snow and mud of winter is a great time to gather information about the creatures we share our footpaths, fields and rivers with.

Apparently one has to be wary when identifying tracks in the snow as the prints can become distorted as the snow melts.  Prints can be spread so much that a squirrel print becomes the size of a bear!  Our fish had some large bird prints around it which I think would be from a heron, but perhaps they were just a sparrow!  Buddy stamped all over the prints with his silly dog paws before I had much of a chance to inspect, but I think another suspect for the nearby prints was the otter.  Otters have large, webbed prints, up to 90mm long.  These five-toed riverbank dwellers sometimes leave a swished drag mark of a tail in soft mud.  Badgers are also big-footed five-toed mammals, but with long claws on the forefoot.

Of course, when all the snow melts, there’s endless mud.  You can look out for the cloven hooves of roe deer, the branch-like little prints of a water vole, the purposeful, symmetrical prints of a fox. Preserved in the mud, prints are a clue to the endless activity of animals in the countryside.  Here’s my sketchbook page with some notes of the footprints I’m going to be looking out for during the remainder of January. 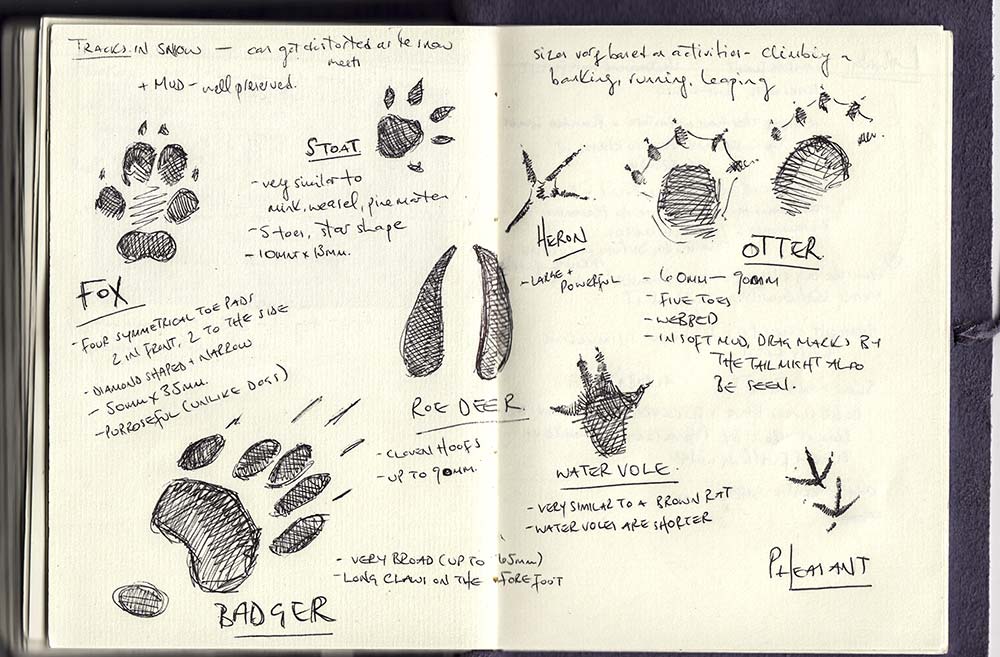 There were a few very very cold days just there before Christmas.  It was the first time I’d seen the river freeze over since we moved to the village.  I took some snaps of it under a pinkish sky.  A frozen pink river is a marvellous thing! 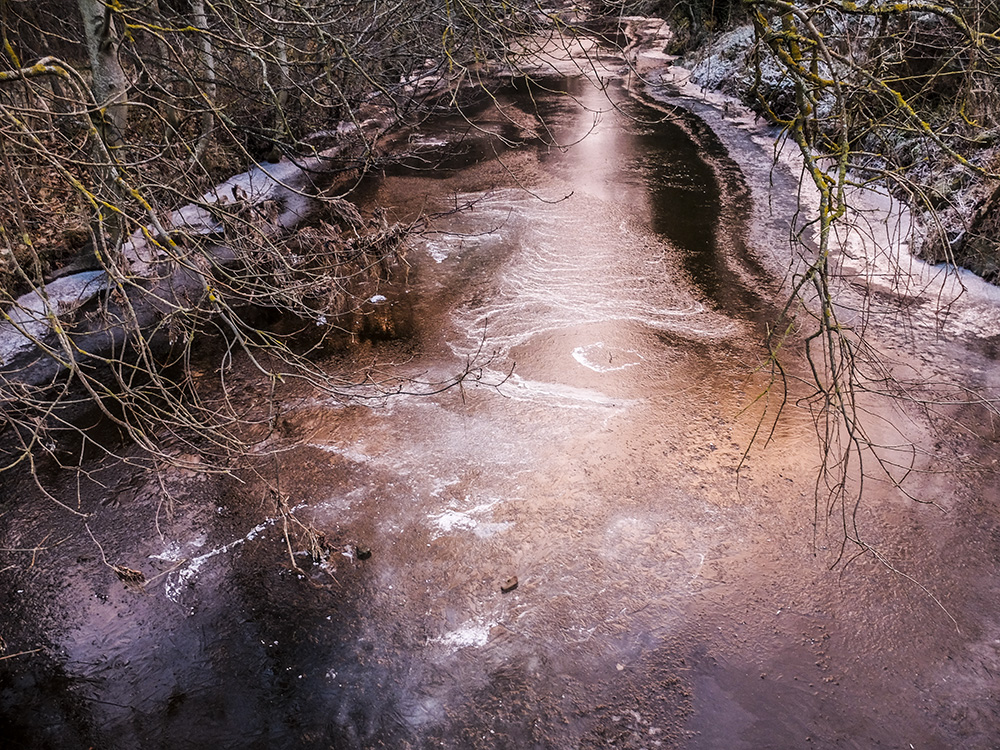 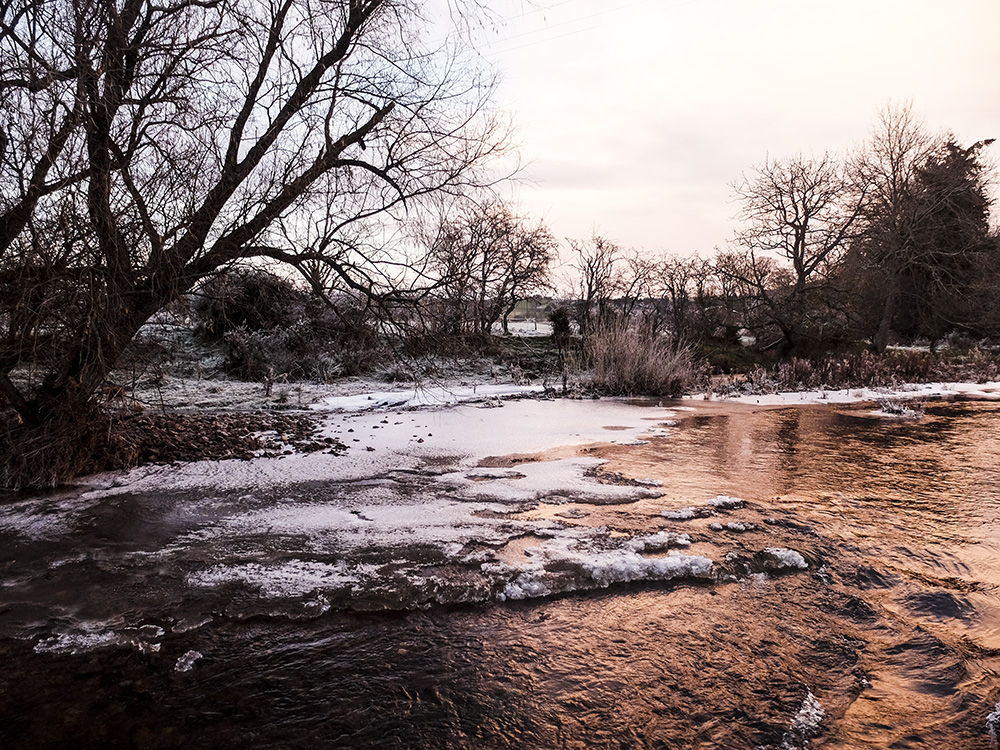 Don’t forget that the Big Garden Birdwatch is at the end of January.  It’s the biggest wildlife survey in the world with over half a million people giving an hour of their time.  This year, the dates are the 27th – 29th January.  You can register now and get an indentification pack.  Then all you have to do on the day is watch your garden or local park and record what you see.

Otherwise, just hunker down and wait January out.  By February we’ll have signs of Spring to spot and so much to look forward to.  I hope that 2018 is wild and beautiful for all of you!

PS that’s the 2018 Wildlife Calendar all sold out now!  If you missed out and are keen for monthly illustrations and notes on nature, the Wild Months Postcard Pack is still available, and the January Wild Months blank card.

My Account
£0.00
Shopping Cart
We use cookies to ensure that we give you the best experience on our website. If you continue to use this site we will assume that you are happy with it.Ok