We’re not long back from a wild but wonderful trip to the Isle of Harris, which lies 24 miles from the nearest point on the mainland, across a strip of water called the Minch.  It was my first trip to the Outer Hebrides, and a trip I’d been keen to do for a while.  As usual, I kept a sketch-diary while I was away.  I thought I’d share the pages from our Harris holiday here. 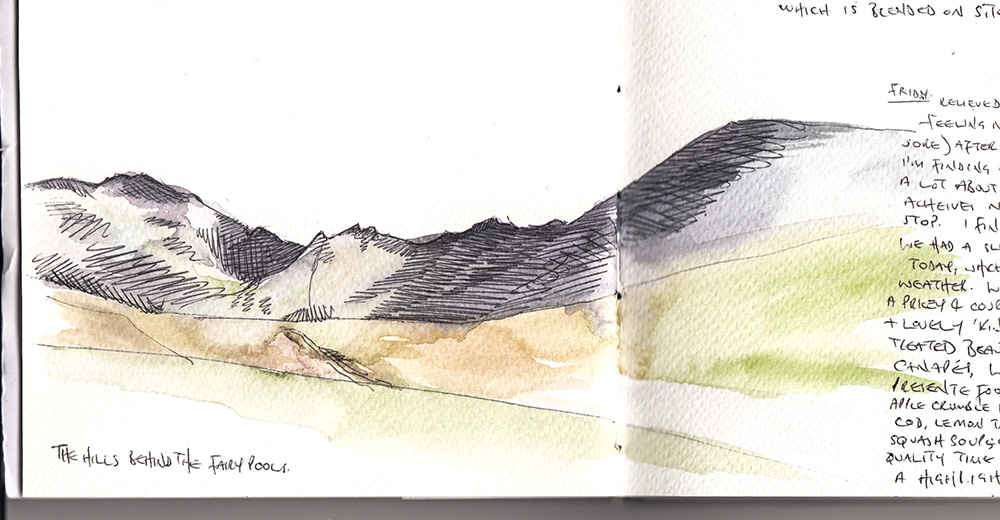 We broke our journey on the way up with a few nights on the Isle of Skye.  We stayed in a static caravan in the south of the island.  It was my first caravan stay (an experience I felt I was denied as a child).  I loved it (a tiny home!).  We stayed on a croft with some very hungry hens who followed us about hopefully.  Skye is so dramatic.  The Cuillin mountains rise at ludicrous sheer angles from the land, casting operatic shadows.  The sun and clouds and mist conspire to create an always changing pattern of light and darkness across the mountains.  Then there are these calm sea lochs which reflect the mountains perfectly.  Every now and then there is a little white croft house to remind us that humans try to live in this bizarre landscape. 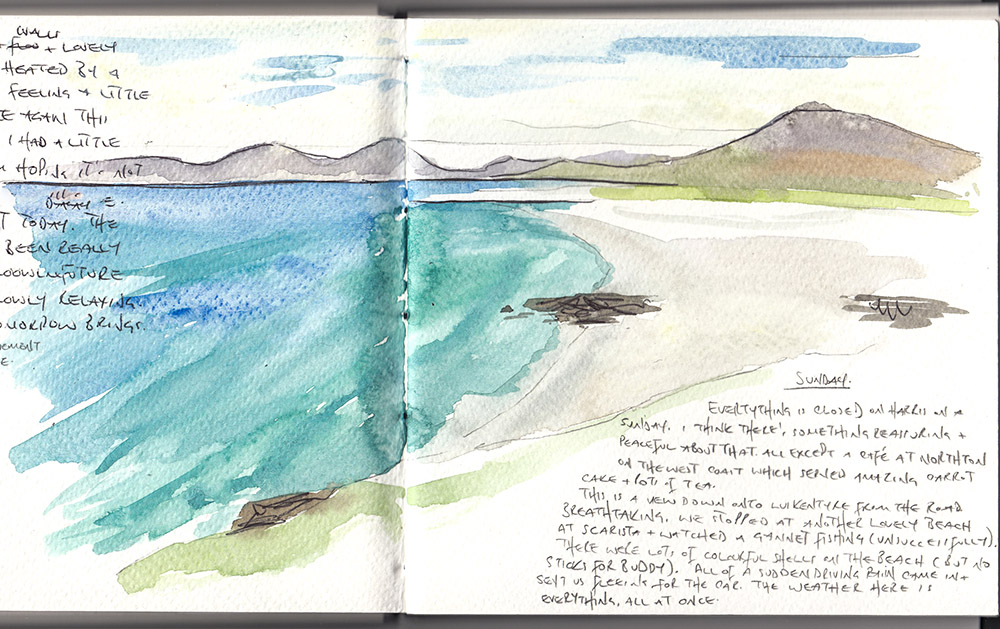 From Uig in the north of the island we took the ferry across the Minch to the Isle of Harris.  It was a beautiful still morning with sparkling seas and a gentle breeze.  We sat out on deck and watched the gulls go by.  As the sun was out, we headed straight to Luskentyre, the most famous of the beaches on the west coast of Harris.  Buddy didn’t know what to do with himself when he jumped out of the car boot at Luskentyre.  He had never had so much space before.  He ran and ran and ran in circles.  Sometimes he was just a spec on the horizon, silhouetted against turquoise seas and mountains.  It really was as beautiful as the postcards make out.

With that began a week of exploring Harris.  The weather was more or less dreadful from there on in.  It was some of the wettest rain I’ve ever experienced.  At one point Ross was wearing two raincoats and they were both soaked through.  You’d head out confident and then all of a sudden the weather would change.  Sometimes you’d see the rain sweeping in from the sea and know that there was no escape.  And the wind!  I ate a lot of my own hair.

This was the major lesson from our trip (other than to buy better waterproof trousers): Scotland rewards your courage.  If you head out on what looks like a grim day, Scotland will provide you with a sun-burst that shoots through the clouds and turns the sea turquoise.  If you hit the beach despite the wind, she’ll give you a merlin flying along it.  If you walk to the Eagle Observatory in torrential rain to not see any eagles, she’ll give you a raven on the drive back. 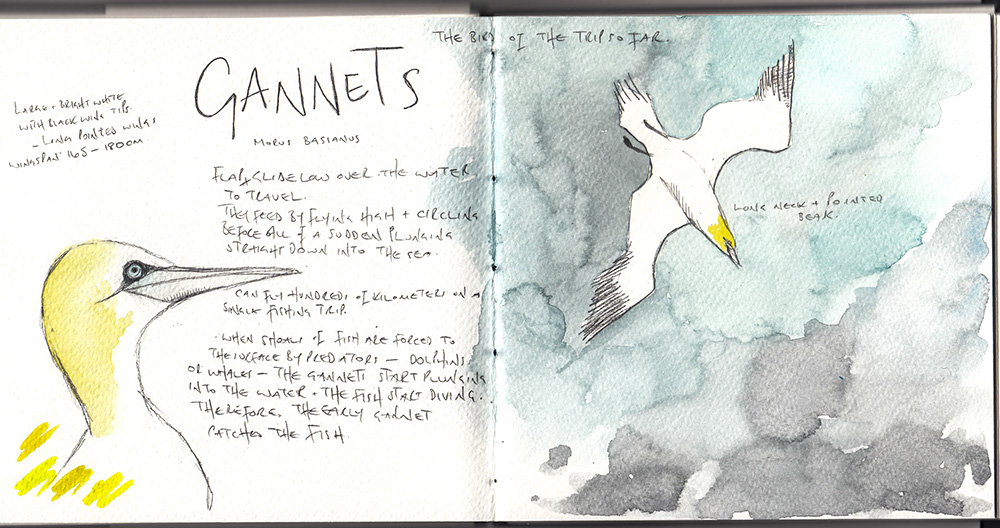 It was, however, excellent weather for gannet watching.  They are so wonderful to watch in the wind.  They flap and soar above the surface of the sea and then POW! in they go, head first, with such speed and determination. 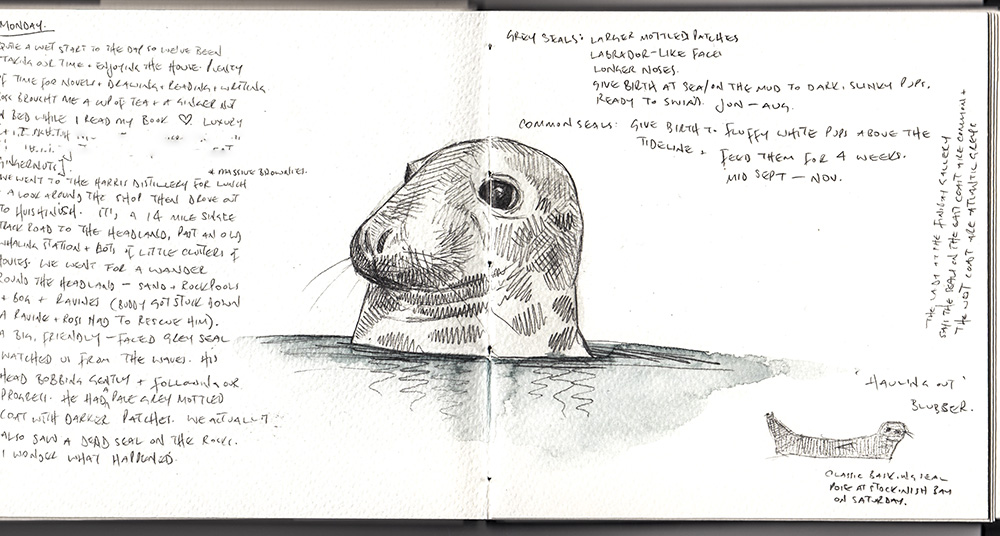 We were also treated to some lovely friendly-faced seals.  I wrote about them in my September wildlife blog.

The wild weather gave us permission to stay indoors beside the rayburn in our cottage, reading novels and drawing and snoozing.  It was the best of holidays and just how a Scottish holiday should be.

My Account
£0.00
Shopping Cart
We use cookies to ensure that we give you the best experience on our website. If you continue to use this site we will assume that you are happy with it.Ok